OKLAHOMA CITY -- The State Medical Examiners have
helped positively identify the remains of an Oklahoma child who
disappeared in 1994.
The medical examiner's office was first contacted
about remains found in Dickson, Oklahoma in December 1994, but
investigators could not determine a positive identity. In 1995 an
anthropologist was able to determine the skull belonged to a young
Caucasian person with brown hair, but a gender could not be determined.
The case remained a mystery until it was reexamined last spring by the Unidentified Remains unit with the M.E.'s office. 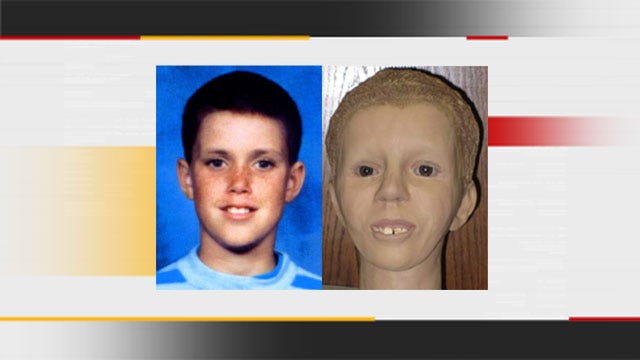 A forensic artist was able to reconstruct the
facial features of the skull remains and compared it to a poster from
the National Center for Missing and Exploited Children.
Using a DNA profile, investigators were then able to positively identify the remains as Thomas Billy Lee Tillery.
Tillery disappeared in September 1994 when he was
11 years old in Madill. Tillery was last seen leaving his home, walking
to a nearby store.
A cause of death has not been determined.
http://www.newson6.com/Global/story.asp?S=14077021