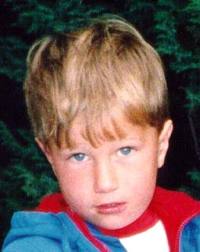 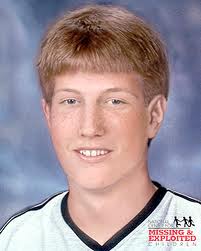 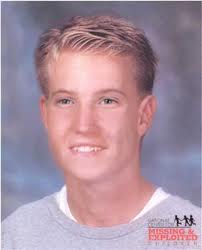 HAVE YOU SEEN THIS PERSON?? ITS MICHAEL DUNAHEE, abducted march 24th 1991, age 4. He would be 24 years old now. If you have any information regarding the disappearance of Michael Wayne Dunahee or if you think you may know him now, please contact the Victoria Police Department immediately.
L.E.A. – Victoria Police Dept.
Contact – Det. Don Bland..... Telephone Number – (250)995-7258 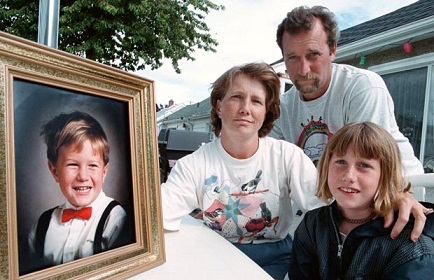 It's been 20 years since Michael Dunahee disappeared from a playground in Victoria.
But his memory lives on with his parents, Crystal and Bruce shown here in this file photo with Michael's sister Caitlin.

VICTORIA — Twenty years after the disappearance of a four-year-old B.C. boy — a case which became one of Canada's largest missing persons investigations — his parents made an emotional appeal for new information on what happened to him.

"It feels like we're stuck in a time capsule in realizing that 20 years have gone by without the answers that we want," said Michael Dunahee's mother, Crystal, at a news conference at Victoria police headquarters on Wednesday. Her husband, Bruce, looked on, fighting back tears.

"Someone knows what happened to Michael and where he is today," Crystal said. "We are asking them to come forward and pass on that information to help us find some closure."

Next to her was a board with missing posters showing a happy blond boy wearing a sky blue shirt and a red bow tie.

Michael disappeared in the middle of the day on March 24, 1991, from a park at Blanshard Elementary school, now University Canada West, in Victoria.

More than 100 police officers from Vancouver Island and the Lower Mainland were involved in the search but he — nor a body — has never been found.

Michael's parents refuse to give up hope that their son might one day turn up alive; He would be 24 years old today.

The couple still keep a bedroom in their house for Michael, filled with his toys, clothes and unopened Christmas and birthday presents.

"You can't close a file until you know you have the final answers," Crystal said. "There is no ending yet."

Insp. Bob Gehl, head of the police department's investigative section, is currently in charge of the file.

"It's kind of nice the police are as stubborn as we are," Bruce Dunahee said. "They don't want to give up and neither do we."

The Dunahee case remains among the most famous missing-person cases in the country.

Recently, there was talk of a possible link between the disappearance and a possible child killer in Milwaukee, Wisconsin.

In January 2009, a Milwaukee TV station reported that U.S. police found a missing-person poster of Michael inside the home of 62-year-old Vernon Seitz, who confessed just before dying, to killing two children in 1958. Victoria police dismissed any connection.

Residents in Chase, B.C., became convinced that a young boy who moved to the community with his parents around the time of the disappearance was Michael. They only came forward with their theory in 2006. Victoria police tracked down the family and conducted a DNA test on the son. In February, they determined he was not Michael.

And a man in Port McNeill, B.C., was also rumoured to be Michael until DNA tests also proved otherwise.

A $100,000 reward remains available for anyone with information on the case.

Deputy police chief John Ducker, the only remaining Victoria police officer who worked on the case immediately after Michael's disappearance, said he is still haunted by it.

"Someone out there is responsible," Ducker said. "That someone has lived with this burden for far too long and we encourage them to come forward today."

Crystal Dunahee is now the president of Child Find B.C. and was instrumental in setting up the Amber Alert system in B.C., which quickly notifies the public and surrounding police agencies in cases of possible child abductions.

Police have received more than 50 tips from across North America after an appeal for information on the 20th anniversary of Michael Dunahee's disappearance.

Michael's parents, Crystal and Bruce Dunahee, of Esquimalt, made the appeal on Wednesday.

"We are really encouraged by the information coming forward," said Det. Daryl Baswick of Victoria police.

Michael was four when he disappeared on March 24, 1991, from a park at Blanshard Elementary School, now University Canada West, on Kings Road in Victoria.

More than 100 police officers from Vancouver Island and the Lower Mainland were involved in a search for Michael in what became one of Canada's largest missing persons investigations.

Michael's parents believe he is alive. He would be 25 in May.

Bruce Dunahee said he is happy that fresh information is coming in. "It's nice to know that people haven't given up," he said.

A new website has been launched to seek new information in one of B.C.'s most infamous missing child cases, more than two decades after the boy disappeared. 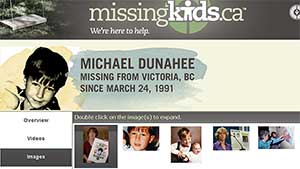 Michael Dunahee was just four years old when he vanished without a trace from a Victoria playground Blanshard Elementary School on March 4, 1991.

More than 20 years later, Michael's mother, Crystal Dunahee, says the family has no plans to give up the search and the hope of bringing him home.

"The Internet is a whole new tool that wasn't available when Michael went missing 20 years ago. With the launch of this new website we are showing the world that we are not giving up on Michael, and we will continue to do what we have to do to bring Michael home," said Crystal.

The Canadian Centre for Child Protection says says the new website, www.michaeldunahee.ca contains new photos and video of Michael, and a link to submit tips.

"Our hope is that one day, we will have Michael back – simple as that," Crystal told CBC News on Tuesday morning.

The new website is being launched by the Canadian Centre for Child Protection the same day that Crystal Dunahee is to be awarded the Order of British Columbia for her work as an advocate for child safety.