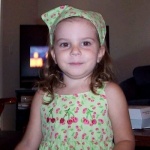 Judge Belvin Perry did not rule on Friday whether Casey Anthony should serve probation for check fraud.

Casey's attorney, Jose Baez, walked up to the podium at about 9:20am and spoke before Judge Perry. Casey was not in court. Baez asked Judge Perry to nix another judge's order requiring her to return to Florida and serve probation.

However, Judge Perry described the case on Friday as a "mess" before saying he needs more time to research whether Casey should return to Orlando to report to a probation office.

Florida probation manager Susan Finigan was the first witness called on Friday during the hearing. She testified that Casey already served probation in jail.

"She served her sentence. You can't make her serve that sentence all over again. That violates double jeopardy principles," said WFTV legal analyst Bill Sheaffer.

Casey disappeared after she was acquitted last month in the death of her 2-year-old daughter, Caylee Marie Anthony.

Judge Stan Strickland sentenced Casey in January 2010 to probation after she pleaded guilty to using checks stolen from a friend. The state Department of Corrections interpreted the sentence to mean that Casey could serve the probation while she was in jail awaiting trial, but Strickland said last week he intended the probation to be served after her release.

Strickland recused himself from the case, which is why Judge Perry is now handling it.

"The state's strongest argument is that she never served her sentence because that was not the court's intent," said Sheaffer.

Judge Perry could rule that Casey must serve probation, meaning she would have to return to Orange County, get a job and have a curfew.

But Sheaffer said that ruling would likely be appealed to a higher court.