Police are still searching for New Braunfels High School freshman, Brittany Warden, who has been missing since Friday.

She
was last seen in her slippers and with a blanket wrapped around her.
She told her current legal guardians, Dan and Tonya Polk, she was going
on a walk Friday evening.

After more than an hour, they began to search for her. Police believe she is a runaway.

The
15-year-old is 5 foot 3 inches tall and weighs about 100 lbs. She has
long, straight blond hair and was last seen walking in the Oak Run
subdivision.

“We have a couple of investigators trying to locate her,” said New Braunfels Police spokesman Lt. Michael Penshorn.

Because
there is no evidence so far of abduction, her situation does not meet
Amber Alert status, he said. Penshorn said there are a couple of
runaway cases in New Braunfels each week, but they are usually solved
within hours or by the next day.

Dan Polk, her legal guardian, said she left without a jacket and with no indication something was wrong.

If you have seen Brittany or have any other information, call the New Braunfels Police Department at (830) 221-4100.


By Bryan Shettig
The Herald-Zeitung

Published March 5, 2010
New Braunfels Police have not seen or heard anything about a 15-year-old girl who left her home Nov. 27, 2009 after telling her legal guardians she was going for a walk.

New Braunfels High School freshman Brittany Warden, who is about 5 foot 3 inches tall, is believed to still be in the state, however, said Lt. Michael Penshorn, a police spokesman.

Penshorn said investigators are working with other law enforcement agencies in the state where Warden might be, but would not say where police suspect she could be.

Warden left home in her slippers and wrapped in a blanket.

Dan Polk, her legal guardian, said she left without a jacket and with no indication something was wrong.

“It’s weird, she didn’t act upset, not a bit,” he said previously.

If you have seen Brittany or have any other information, call the New Braunfels Police Department at (830) 221-4100.

birttany warden may still be missing, no updates found, she is not listed at NCMEC

i can't understand why she wouldn't have been tracked by NCMEC - and no news either? 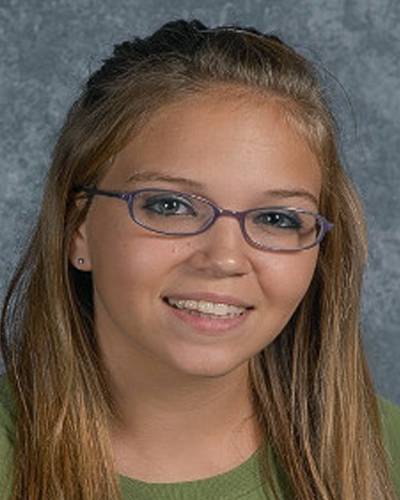