A Rehoboth mother has been charged with murder in the death of her 2-year-old son, and a state agency has confirmed that it had previous involvement with the family.

Timothy Peno died Friday, one day after being brought to a hospital with beating injuries that authorities said were inflicted by his mother, 38-year-old Kim Peno.

Spokeswoman Alison Goodwin of the state Department of Children and Families says the agency was involved with the family at some point in the past, but the case was closed after service goals were met. Goodwin would not
elaborate.

Goodwin says after learning of the alleged beating Thursday, the agency reopened the case and took custody of another child from the home.

Peno's attorney did not immediately return a call for comment.

A Rehoboth mother charged with killing her 2-year-old son will face
murder charges in court on Monday.
Kim Peno, 38, is scheduled to be arraigned in Taunton District Court.
She is charged with beating her son, Timothy Peno, to death last week.

According to a police report, Peno has a history of
mental illness and had been off her medication for two weeks.
On the night of the attack she allegedly told investigators she downed
two large beers and four Tylenol PM.
Her 65-year-old husband said, "My wife lost it."
Reportedly Peno also has a long history of child abuse and
neglect.
The state took custody of 2-year-old Timothy at birth but had recently
given custody back to the alleged murderer.
We've also learned Peno has four other children in state custody in
Rhode Island.
The state of Massachusetts has now taken custody of the couple's
youngest son, 1-year-old Cory.
Sources also indicate that the suspect is pregnant for the seventh time.
Court documents described an awful scene inside Peno's home.
The toddler's father heard crying, he went to see what was wrong and
found his wife with his son.
His son was severely injured and bleeding.
He took his son to the Seekonk Police Department shortly after midnight
on Thursday, asking for help. The toddler was taken to Hasbro Children's
Hospital in Providence, where he later died.
Peno is already being held without bail.

A judge has ordered a mental health evaluation for a Rehoboth woman accused of
beating her 2-year-old son to death.
Kim Peno pleaded not guilty to a murder charge Monday in Taunton District
Court.

Judge David Turcotte also turned down a defense request for Peno to be
allowed to attend a funeral for her son Timothy. He died Friday, one day after
being brought to a hospital with beating injuries that authorities say were
inflicted by his mother.

Police say the child's father went to the Seekonk police department just
after midnight Thursday seeking assistance for the boy.

State child welfare officials say the agency has been involved with the
family in the past.

Oh Tom, why did they give this baby back to his uterus?

Why didn't he take him to the ER instead of Police Station?

toetag wrote:Oh Tom, why did they give this baby back to his uterus?

Why didn't he take him to the ER instead of Police Station?

---And, to add insult to injury death... Sources also indicate that the suspect is pregnant for the seventh time
These tubes should have been cauterized a long time ago...that's just my opinion.


REHOBOTH, Mass. (WPRI) - The husband of a Rehoboth woman accused of killing her son is now facing charges. The Bristol County District Attorney's office tells Eyewitness News that Kimberly Peno's husband, Joseph Peno, is charged with reckless endangerment of a child. Police
say Peno, 65, drove Kimberly to Pawtucket the day their two-year-old
son, Timothy, was killed so she could buy cocaine and beer. According to
investigators, it was to reward her for "good behavior" Peno was arraigned Wednesday in Taunton District Court. Kimberly Peno, who is pregnant with her seventh child, pleaded not guilty to murder charges earlier this month.

Reportedly Peno also has a long history of child abuse and
neglect. 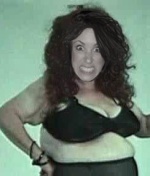 The state took custody of 2-year-old Timothy at birth but had recently
given custody back to the alleged murderer.
We've also learned Peno has four other children in state custody in
Rhode Island.
The state of Massachusetts has now taken custody of the couple's
youngest son, 1-year-old Cory.
Sources also indicate that the suspect is pregnant for the seventh time.

This is absurb....Talking about a case that fell through the cracks..... This NEVER should have happened. This is horrible and she is pregnant again with her 7th child....

The local mother accused of beating her 2-year-old son to death in a fit
of rage while pregnant with another child has since given birth while
held in custody awaiting trial for murder.

No trial date has been set yet for Kim Peno, 39, a woman authorities say had a lengthy history
of child abuse and neglect when she allegedly fatally beat her son
Timothy at her Blanding Road home on the night of March 17.

While the state Department of Children and Families will not comment on
Peno's case, a spokeswoman said, in general, a child born to a woman who
is incarcerated is placed in state custody in the care of other family members.

Before the alleged beating, the agency had taken custody
of Timothy and Cory, his younger brother, but returned the children to
the family about six months before the incident, according to court records.

While living in Rhode Island, the Rhode Island Department of Children,
Youth and Families reportedly took four of her other children. She also
had a history of arrests in Rhode Island before moving to Rehoboth.

After Timothy was allegedly beaten, the couple drove with the badly injured
boy to the Seekonk police and fire department building about 1 1/2 miles
from their home around 1:30 a.m. on March 18, police said.

The boy had suffered brain damage as a result of multiple injuries to his
head and face, in addition to bruising on his neck, arms, legs and back.
He died about 12 hours later at Hasbro Children's Hospital in Providence.

Joseph Peno told police his wife had a breakdown and
"lost it" while with their son in the living room. He said he was in an
upstairs bedroom with their younger son when he heard a commotion and
Timothy crying, according to court records.

Kim Peno told police she had not taken her medication in two weeks, according to court
records, and was drinking the night of the incident.

While the child's murder was shocking, the alleged events leading up to the fatal
beating became sordid after authorities months later charged her husband
with reckless endangerment of a child.

The day of the fatal beating, authorities allege, Joseph Peno drove his
wife and two children to Providence to pawn a laptop computer before
traveling to Pawtucket to buy her cocaine and beer.

Joseph Peno told authorities he regularly bought his wife beer and drove her to buy
cocaine "as a reward for his wife's good behavior," according to a state police report.

"In light of these facts," the report states,
"Joseph Peno had acted wantonly and recklessly by failing to take
reasonable steps to alleviate risks of injury to his children."

State police sought charges against Peno because he knew his 39-year-old wife
Kim was an alcoholic and recovering drug addict and "acted abnormal in
the past while under the influence of alcohol and illegal narcotics,"
according to a police report.

Four months before the alleged
beating, Kim Peno was arrested after an alleged drunken driving crash in
Seekonk. Joseph Peno told police at the time that his wife had sneaked
out of the house and was suffering from post-partum depression.

The charges against Joseph Peno came as the result of a grand jury
investigation and an interview with prosecutors and state police
detectives assigned to the Bristol County District Attorney's Office.

This is insane. Bloody unbelievable. Why do we allow a mentally ill person to have all these babies in the first place? She should have been made to have her tubes tied. What's wrong with our society FGS. She has brought 7 children into the world and one is dead and the others are having to be raised by others. WTH is wrong with her creep of a 65 year old husband who kept getting her pregnant. He must be mentally ill too! This whole story is pathetic and that it was allowed to get to this is a compete outrage!

If you have information concerning this case please contact our forum.

FALL RIVER, Mass. (AP) — A Massachusetts mother has been sentenced to life in prison for fatally beating her 2-year-old son while she was under the influence of alcohol and drugs.

Kimberly Peno, of Rehoboth, was sentenced Thursday after she was convicted of first-degree murder in the March 2010 death of Timothy Peno.

The 44-year-old woman was convicted after about 10 hours of jury deliberations.

She denied killing the boy, instead blaming her husband, Joseph Peno. He was charged with child endangerment and received three years of probation in return for testifying against his wife at trial.

Doctors determined the child suffered retinal hemorrhages and brain injuries. He died at the hospital a day after the beating.