Poster's Note: I find it a bit strange that a seemingly healthy young teenager just succumbed to "natural causes". What's natural about a death at that age? Suspicious or not, let's get some answers...

A teen, missing since Sunday afternoon, was found dead in his backyard Monday afternoon, investigators said.Anthony Joseph Kline, 14, of 205 Cleveland St. was found by West Kittanning borough workers, who were collecting grass and other yard debris in the alley between Cleveland and Harrison streets about 1 p.m. Monday.Kline, a freshman at Kittanning High School, had been reported missing Sunday, according to state police, who issued a news release on the disappearance. In the report, police said Kline had left his home between 4 and 8:30 p.m. Sunday and had not been heard from since. West Kittanning police are assisting in the investigation.Armstrong County Coroner Bob Bower said it appeared that Kline had been there through the night and found no signs of foul play.Bower said the death is not suspicious and said an autopsy and toxicology tests will be done to determine the cause of the teen's death.

I agree Tom, it's really strange. How could he have been in the backyard all that time if family and LE were searching for him? Don't LE check the premises first? It's possible he committed suicide and that's why they are sure it's not a homicide.
Missing teen's body found in yard

By The Indiana Gazette
Published: Tuesday, October 5, 2010 12:04 PM EDT
The body of a missing 14-year-old West Kittanning boy was found in his backyard Monday afternoon, according to Armstrong County Coroner Robert Bowser.

Bowser said foul play is not suspected in death of Anthony Joseph Kline, of 205 Cleveland St. Kline, a ninth-grader at Kittanning Senior High School, was found dead around 1 p.m. Monday by members of the West Kittanning Borough maintenance department as they drove down an alley between Cleveland and Harrison streets. Kline was reported missing on Sunday after he failed to return home that evening.

Bowser said the cause of death is pending an autopsy and toxicology tests.


This is the Google Earth view of the neighborhood. I do not think he was found, literally, in his backyard. If he was found along an alley that's the one at the bottom and unless his house bordered that alley they meant that he was so close he may as well have been in his own backyard.

Well if you take a look at his myspace page, his image is him smoking, what I would presume to be marijuana... so, I am suspecting drug overdose.

Well if you take a look at his myspace page, his image is him smoking, what I would presume to be marijuana... so, I am suspecting drug overdose.

---Welcome to J4C lonrocket! Please post the link to his MySpace page. TIA

The death of a West Kittanning teen is being investigated by state police in East Franklin.Armstrong County District Attorney Scott Andreassi confirmed Thursday that an investigation is ongoing into the death of 14-year-old Anthony Joseph Kline who was found in the backyard of his Cleveland Street residence Monday afternoon.Kline, who had been reported missing Sunday afternoon, was found by borough maintenance workers.Andreassi said police conducted interviews on Wednesday. "They have identified individuals who may have been with him Sunday afternoon and Sunday evening," said Andreassi. "They're trying to piece together the series of events that led him to where he was found."Andreassi said investigators are waiting for the results of toxicology tests. His office has not received information regarding either the interviews or the tests, he said.Armstrong County Coroner Bob Bower said Thursday it takes eight to 10 days to receive the results of a toxicology report."There is the potential for charges, depending on what police discover," said Andreassi.State police Cpl. Dan Herr said the investigation involves finding out what occurred through the night leading up to when Kline's body was found."It doesn't appear at this time that he was forced to do anything, beaten, no coercion," said Herr. "He was with a group of individuals for about 5 to 6 hours of the (previous) evening -- with other juveniles and some over 18.""We're looking at it as an accidental death," he said. "What led up to this or any responsibility for it, I can't say one way or another. That will be determined after we conclude the investigation."Bower confirmed a report that someone, who he says is not a relative, that stays in his household had been with Kline prior to his death. Bower said a West Kittanning man, who is 21, whom he did not name, stays in his home at times. "He was with him (Kline) in a car the day before," said Bower."I'm not defending him and I'm not keeping anything away from the state," Bower said. "State police are investigating. As coroner I don't get in the way of their investigation."

A local man believed to be connected to a juvenile death in West Kittanning Borough has been summoned to court.

Toby Lee Noel, 21, of 117 1/2 Cleveland St. has been summoned on charges of corruption of minors and furnishing alcohol to minors directly connected to the death of 14-year-old Anthony Joseph Kline in West Kittanning last October.

The corruption of minors charge is a 1st degree misdemeanor and the furnishing charge is a 3rd degree misdemeanor. While monetary fine and incarceration sentences will be at District Magisterial Judge James Owen’s discretion, it is believed that Noel can face no more than a combined three years in the Armstrong County Jail.

Noel’s preliminary hearing is scheduled for Oct. 5 at 9AM.

“I interviewed multiple people who were witnesses that night and who were with the victim, we pulled information from the autopsy and I sat down with the District Attorney and we figured this was the appropriate charge,” Trooper Kapustik said.

The criminal affidavit filed Monday stated that on Sunday, October 3, Kline contacted Noel to take him to a local gas station in a red Volkswagen Jetta. Noel allegedly bought Kline at least one Tilt malt beverage for Kline’s consumption on his way to meet with a 17-year-old girl in Ford City to acquire money to purchase marijuana.

Noel then allowed the juveniles to use his mobile phone to contact another juvenile to purchase the drug within a church parking lot in Worthington Borough. Once the marijuana was purchased, Noel allegedly smoked the drug with the juveniles.

Noel’s phone again was used by the juveniles to re-contact the drug dealer and purchase prescription Oxycontin pills at the Worthington Civic Center. Kline allegedly ingested two of these pills with a Tilt malt beverage, and Noel also ingested two.

According to police, Kline spent the rest of the evening with friends within Noel’s vehicle before leaving at the intersection of Central Street and April Way in West Kittanning at approximately 11PM.

Kline was found the next day within the backyard of his Cleveland Street residence. An autopsy and toxicology screen showed Kline had a blood alcohol content of .162 percent with oxycodone and THC, tetrahydrocannabinol, the main ingredient of marijuana – within his blood.

Even though other persons in the vehicle were interviewed by police, Kapustik explained why Noel is the only one charged at present time.

This is not Noel’s first run-in with the law. He was arrested and jailed in July 2010 for Burglary and Criminal Trespass.

Kapustik has been involved in the state police investigation since Kline’s death 10 months ago. 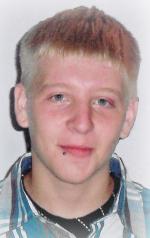