MOBILE, Alabama -- Mobile police are waiting for autopsy results to
determine whether to charge a Mobile man with a toddler’s death, Cpl.
Christopher Levy, police spokesman, said Tuesday.
Ladarius Lucas, 2, died Saturday at USA Children’s and Women’s Hospital, Levy said.
Police were called about 7:40 p.m. Friday to the 4500 block of Halls
Mill Road for the report of a possible drowning, he said. The child was
taken to Infirmary West and then transferred to USA Children’s and
Women’s.
“They noticed the child had bruises all over his body,”
Levy said. “It was determined that Kevin Guy was responsible for those
bruises.” 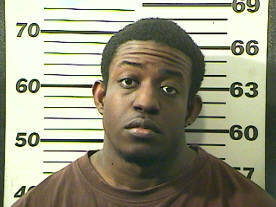 Guy was arrested and charged with willful abuse of a child under age 18, according to Mobile County Metro Jail records.
Guy, 21, of Mobile, was booked in Metro Jail shortly after 2 a.m.
Saturday. He was released shortly after 3 a.m. with bail set at $3,000,
jail records show. He was scheduled for a Nov. 7 court appearance,
records indicated.
Guy was the mother’s boyfriend and was not the child’s biological father, Levy said.
Authorities have not determined the cause of death, Levy said.
“It has not been determined that the abuse is the cause of death, at
this point,” Levy said. “It’s all pending on the finding of the autopsy
to try to determine where the investigation goes from here.”