The Greater Manchester Police in England have asked the Toronto Police Service to issue
the following news release:

The Greater Manchester Police are requesting the public's assistance locating a woman and
her two children from the suburb of Withington. All three are thought to be in Toronto. 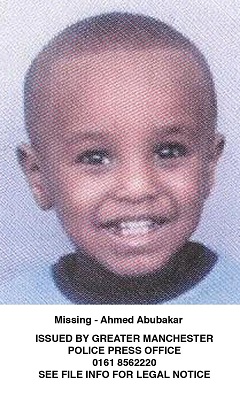 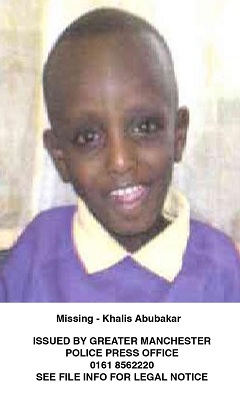 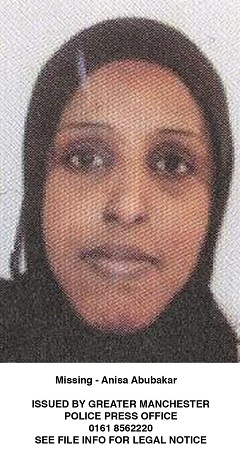 They travelled by bus to Amsterdam, leaving Manchester on April 9, 2010.

Anisa is wanted by police for allegedly breaching a family court order.

By allegedly breaching the court order, Anisa has acted unlawfully and, therefore, abducted
the boys by taking them out of their country without consulting their father, Abdul.

Police now believe that Anisa and the children are living in Canada or the United States,
within the Somali community.

South Manchester Detective Inspector Kevin Marriott said: "We have been working tirelessly
to find Anisa and the boys since April last year. Inquiries now lead us to believe that she may be in Toronto and we need the public's help to take this investigation further.

"I am appealing to the Somali community to come forward with any information on the
whereabouts of the children and Anisa.

"I would be happy to communicate directly with anyone on the internet or by phone. Any
information provided can be treated confidentially.

"It is important to stress that Khalid has a severe skin condition and he does require medical
attention. This does concern me and makes it all the more important to make sure Khalid and Ahmed are located as soon as possible."

The children's father, Abdul Abubakar, has not seen his children since April 6, 2010. Marriot
said the father's uncertainty about his children's whereabouts and state of health is causing
him great distress and anxiety.

"I appeal to Anisa: please contact the authorities wherever you are with the children so I can
be informed they are okay," Abdul Abubakar said.