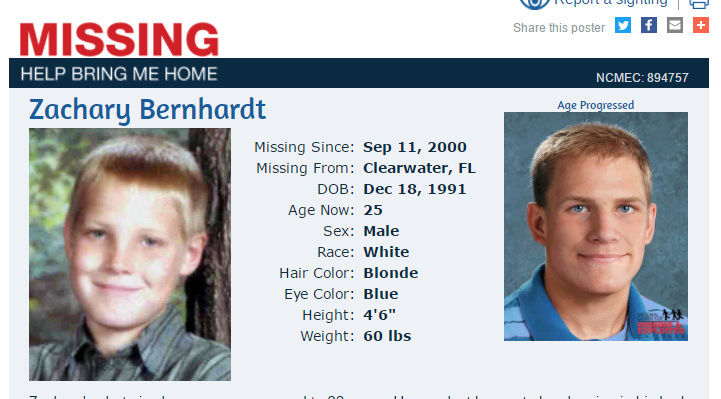 For the friends and family of an 8-year-old Clearwater boy, today is a tragic anniversary of a different sort.

On Sept. 11, 2000, a year before the terrorist attacks on this
country, Zachary Bernhardt disappeared from the apartment he shared
with his mother.

Bernhardt's whereabouts have been unaccounted for since.

The National Center for Missing and Exploited Children recently
released a new age-progression photo of what Bernhardt might look like
at 17 years old. He has scars on the bridge of his nose, under his chin
and on the upper right side of his lip.

This case is still active, and detectives are asking for the
public's help to find the boy. If you have any information about his
location or this case, you are asked to call the Clearwater Police
Department tip line at (727) 562-4422.

Bernhardt will be one of several missing children honored Monday at the Florida Missing Children's Day ceremony in Tallahassee. 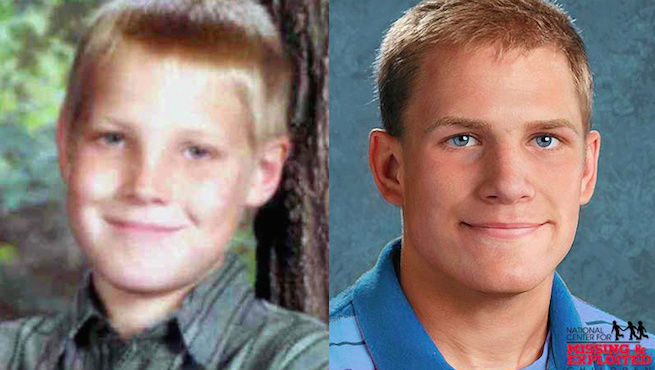