NOBLE, Oklahoma – The Oklahoma State Bureau of Investigation is
investigating the death of an 11-year-old girl as a suspicious death.
Stephanie Wilcoxson's mother, Janice, reported her death the
Wednesday before Christmas Eve. However, investigators say the girl had
been dead prior to police being notified. They believe her mother was
living in the home the entire time. 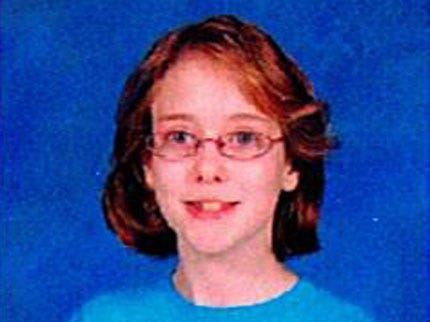 "The girl had been dead inside the home for several days before the
mother called authorities," said OSBI spokesperson Jessica Brown.
According to the police report, the mother said Stephanie committed
suicide, but the report also described the mother as mentally ill.
There were no visible signs of trauma on the 11-year-old, and OSBI
is waiting on an autopsy and toxicology report from the medical
examiner before proceeding with their investigation.
"We questioned the mother that night quite extensively as to what
led up to the death and what was happening at the time," Brown said.
"At this point we're not sure if it is accidental, homicide, suicide,
or natural. However, it is suspicious because of the age of the victim
and the circumstances."
Tragedy is something the Wilcoxson family has dealt with. Her father, Darrell, committed suicide in 2005.
"They've had a hard time since the father passed," said neighbor Josh Kirkland said. "They've kind of kept away from everybody."
Stephanie Wilcoxson was a sixth-grader at Curtis Inge Middle School
in Noble. Stephanie had attended Noble schools since kindergarten.
District leaders are still deciding if extra counselors will be on hand
when school starts back up in January.

Associated Press - March 11, 2010 12:25 PM ET
NORMAN, Okla. (AP) - An autopsy report on an 11-year-old Noble girl found dead in her home says she apparently committed suicide.
State Medical Examiner's spokeswoman Cherokee Ballard says Stephanie Wilcoxson died from acute methadone intoxication. The federal Centers for Disease Control says on its Web site that methadone is used to treat both pain and drug addiction.
Wilcoxson was found dead Dec. 23 after her mother called police. Investigators say they believe the girl had been dead for several days before her mother called.
No charges have been filed in the case - but Oklahoma State Bureau of Investigation spokeswoman Jessica Brown says the case is still under investigation.

It is highly unlikely that an 11 yo had scrip for methadone.
Did she purposefully overdose on it? Was it given to her?
Combined with the fact that it was several days before her mother called LE I am leaning toward the second possibility.
Either way this adult should be charged with leaving such a potent medication accessible to a child.
I want to know more....