Worcester MA ---- A 23-month-old boy who fell from a three-story window on Clifton Street
Friday afternoon was declared brain dead a day later, then placed on
life support, according to police.


The boy, identified by authorities as Everett Nelson-Binienda,
fell from the third-floor apartment window at 32 Clifton St. around 3:40
p.m. Friday. Police crime scene tape was still outside the home
yesterday afternoon.


According to authorities, the child’s mother, Andrea
Nelson-Binienda, was taking a nap while her 3-1/2-year-old daughter and
son were sleeping in their room. The daughter woke her mother up and
said something about the little boy.


Ms. Nelson-Binienda went into the children’s room, saw the boy
was missing from the crib and noticed the window was in an awkward
position. She looked outside, but did not see anything, police said.


When she went downstairs, she saw her son on the ground. The boy
was taken to a local hospital with serious head injuries. Investigators
interviewed the parents at the hospital. The state Department of Child
and Family Services was also called.


The boy’s father, Paul Binienda, declined to be interviewed
yesterday. A man who contacted a reporter yesterday and described
himself as a longtime family friend said the family is devastated.


Mr. Binienda’s Facebook page was full of condolences yesterday.
He also left messages on his page noting his son was in heaven and would
be waiting for his family.


“Their world is destroyed. They’ve lost something that no one
should ever lose,” said the family friend, who said Everett called him
an uncle because he is so close to the family. “This is a tragic
accident and nothing more.”


The friend, who declined to give his name, said neighbors seen
talking on television news stations did not know the family or see what
happened and they should not be speaking. He said the windows in the
children’s room were locked and closed.

Authorities say a toddler who fell from a third-story apartment
window in Worcester has died.
Police affirmed that 23-month-old Everett
Nelson-Binienda was taken off life support on Sunday night.
Authorities says the child’s mother, Andrea Nelson-Binienda, was
taking a nap on Friday afternoon while her two children were sleeping in
another room.Her 3-year-old daughter woke up her mother and said something about
the little boy.
When she checked his crib, she discovered he was missing. She
eventually found him on the ground outside. The boy was declared brain
dead on Saturday, but remained on life support.
Police are investigating. The State Department of Children and
Families is seeking custody of the girl.

Authorities say a small table and a toy box were near the third-floor
window from which a little boy fell to his death. And investigators say
they encountered an apartment that was so full of debris that it was
difficult for them to move around inside.


The ongoing investigation into the death of 23-month-old Everett
Nelson-Binienda, who fell Friday and was pronounced dead Sunday, is
outlined in a search warrant affidavit on file in Central District
Court.

The affidavit details investigators' difficulty in
gaining cooperation from the boy's mother, Andrea Nelson-Binienda.
According to the affidavit, investigators are trying to determine
“whether or not there was some neglect on the part of Andrea
Nelson-Binienda that contributed to the child's death.”

Officer
George F. Adams, an investigator for the Special Crimes Division, wrote
that investigators have to rely on the presence or absence of evidence
in order to corroborate Ms. Nelson-Binienda's account of what happened.
Police again noted her “unwillingness” to assist in the investigation.

Officer
Adams met with the child's mother Friday afternoon, soon after the boy
fell from a window of the family's third-floor apartment at 32 Clifton
St.


Officer Adams wrote:
“As approaching the apartment
door, your affiant (Officer Adams) encounters piles of trash and debris
that continued into the kitchen,” he wrote in the affidavit. “Your
affiant observed an indescribable unkept, filthy, nearly inhabitable,
trash ridden apartment not suitable for human habitation. Your affiant
had difficulty maneuvering from room to room.”

Ms.
Nelson-Binienda, 28, told investigators she was lying down watching
television in her bedroom before the boy fell and might have fallen
asleep while her 3-1/2-year-old daughter came into the room and asked to
go to the bathroom, Officer Adams wrote.

The mother brought her
daughter back into the children's bedroom Everett was in. Ms.
Nelson-Binienda went back into her bedroom to lie down, police said.

Ms.
Nelson-Binienda said she then heard her daughter say something about
Everett. The little girl was pointing.

“Andrea did not enter the
room but stood in the doorway, and did not see Everett,” Officer Adams
wrote. “Andrea then entered the room and noticed a window that was open
by means of the bottom half tilted toward the inside of the room.”

Ms.
Nelson-Binienda looked out the window, but did not see her son. She
closed the window and went downstairs. She found her son on the ground
and called 911. The boy was found on the left side of the two-1/2-story
home.

Police checked the window, described as double-hung and
vinyl-clad. The top portion of the window was folded down into the room,
exposing the outside, the affidavit stated. The window had no screen.

The
family has declined to speak to reportera, but through a longtime family
friend avowed the window was locked and closed.

To the right of
the window was a small table and to the left was what police called a
small toy box. There was a small overhang outside just below the window.

“Initially Andrea was
cooperative, but when she was questioned about some inconsistencies, she
became agitated, uncooperative, and immediately stated that she was not
talking anymore and exited the interview room,” Officer Adams wrote.
“Outside the interview room, out of camera view, she demanded that her
husband, Paul, leave with her and not speak to us.”

Police
believed Mr. Binienda, 33, wanted to speak to police, but said Mrs.
Nelson-Binienda became “belligerent” and took Mr. Binienda by the hand
and told him they were leaving.

A city woman whose 23-month-old son fell to his death from his family’s third-floor apartment window on Clifton Street in May was charged in court yesterday with reckless endangerment of a child.

Andrea Nelson-Binienda, 28, now of 101 Winifred Ave., was summoned to Worcester District Court on the charge and released on personal recognizance.

Her lawyer, Robert C. Fontana, would not comment when asked if he believed his client should not have been charged in the case, but did say the event is a tragedy for the family.

“I just think it is really sad,” he said after the arraignment. “She already lost a child. What more can you do to her?”

A statement of facts by Officer George F. Adams, an investigator for the Special Crimes Division, says police were called to 32 Clifton St. on a report of an injured child May 14. Police said Everett Nelson-Binienda had fallen from a window of the three-decker in which he and his family lived and was found on the ground outside.

The toddler was declared brain dead the next day, and kept on life support until May 16, police said.

The officer’s statement and a search warrant affidavit filed in the case said a small table and toy box were near the window from which the child is believed to have fallen to his death.

Investigators said that when they arrived at the home in response to Ms. Nelson-Binienda’s 911 call they found a “heap of trash” on the stairway leading to the apartment. A trail of trash continued into the apartment, police said.

“As approaching the apartment door, your affiant (Officer Adams) encounters piles of trash and debris that continued into the kitchen,” he wrote in the affidavit. “(Officer Adams) observed an indescribable unkempt, filthy, nearly uninhabitable, trash-ridden apartment not suitable for human habitation. (Officer Adams) had difficulty maneuvering from room to room.”

The window in the third-floor bedroom had no screen and was not secured, Officer Adams wrote in court records.

Furthermore, police said they canvassed the neighborhood after the incident and found a neighbor who said that two weeks before the fall Ms. Nelson-Binienda’s children were throwing items out of an open third-floor window. The witness tried to tell an adult living in the apartment, but received no response, Officer Adams wrote.

Ms. Nelson-Binienda allegedly told investigators she was lying down watching television in her bedroom before the boy fell and might have fallen asleep when her 3-1/2-year-old daughter came into the room and asked to go to the bathroom, Officer Adams wrote in the search warrant affidavit.

The mother then took her daughter back into the children’s bedroom where Everett was and went back into her bedroom to rest. The daughter was then heard saying something about her brother. The little girl was pointing.

In a previous interview, a family friend who declined to give his name said the window was locked and closed at the time of the incident and the neighbors did not know what they were talking about.

The search warrant affidavit in the case also said investigators met with Ms. Nelson-Binienda and Paul Binienda, the child’s father, and asked them to go to the police station. The couple agreed, and Ms. Nelson-Binienda waived her Miranda rights, police said.

“Initially Andrea was cooperative, but when she was questioned about some inconsistencies, she became agitated, uncooperative, and immediately stated that she was not talking anymore and exited the interview room,” Officer Adams wrote. “Outside the interview room, out of camera view, she demanded that her husband, Paul, leave with her and not speak to us.”

Police believed the 33-year-old father wanted to talk, but Ms. Nelson-Binienda became “belligerent” and took him away.

Officials said the state Department of Children and Families has custody of the brother and sister of Everett. Ms. Nelson-Binienda was ordered to abide by any DCF plan and have no unsupervised contact with other children. She will return to court Sept. 3. 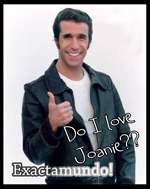