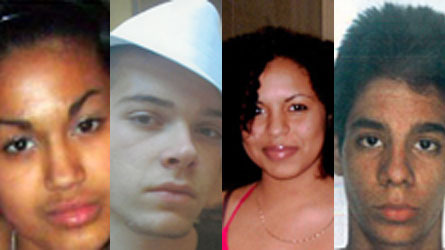 Montreal - Several youths were reported missing this year in Montreal. Four teenagers, in particular, were still missing at year's end.

What is particularly worrisome for the families is that some of these youth suffer from mental health problems and they do not have their medications with them.

This is particularly the case Joannie Rodolphe and James Khan, who both suffer from anxiety. Joannie also has attention deficit disorder, while James may be affected by paranoia.

Since they are without treatment, the body responsible for Missing Children fear they may be victims of exploitation.

James Khan, meanwhile, has not been heard from since July 15. He is 1.72 meters tall, weighs 135 pounds and has brown hair and eyes.

Finally, Sinah Beachen missing since June 7th. She is 1.70 meters tall and weighs 145 pounds. She has brown eyes, black hair and a scar on her forehead.

Also note that David Fortin, 16, whose disappearance was highly publicized, has still not been found.
There has been no news of the young Alma teen since February 2009. While he was supposed to take the bus to get to school, David suddenly disappeared. It seems he was being bullied at school.

Anyone with information which could help find one of these persons should contact Children's Network at (514) 843-4333.

September 14, 2011 - The Barry Morgan Show interviewed Joanne Gentile, the aunt of James Daniel Khan, who's been missing for more than a year.

James is 19. He went missing July 15, 2010. No one's seen him since.
He's not a runaway. Joanne Gentile is convinced of that. James suffers from anxiety and paranoia. And he's been without his medication.

Listen to the podcast at this link:
Have you seen James Daniel Khan? 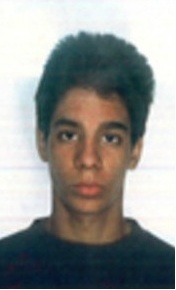