October 7, 2011 - Police are searching for a six-year-old boy who has been missing since Thursday afternoon. 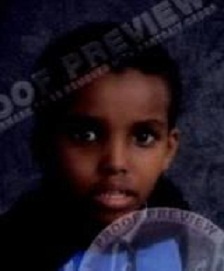 Abdullahi Arab was last seen at 3:45 p.m. in East Elmwood.

Police are very concerned for his well-being.