A 15-year-old-boy is on life support today after he was shot in the head by a six-year-old family friend who he considered a 'cousin'. 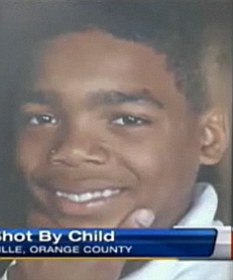 Accidental victim: Anthony Lane Jr was shot in the head by a six-year-old friend who found the gun on the floor

Anthony Lane Jr was playing video games at the house of a close family friend when the child found a
handgun on the floor and shot the teenager in the head.

Detective Roy Smith is still trying to piece together the events, which took place last night in Eatonville, Florida, but called the shooting 'an accident.'

Anthony's family has been keeping vigil at his bedside at Orlando Regional Medical Center where doctors believe he may be brain dead.

Trying to hold back tears she added: 'I don't live my life, I want my grandson to live his.'

The police are assuming that the gun fell out of the elder boy's pocket and onto the floor.

But Anthony Lane Jr's grandmother insisted her grandson would never have carried such a weapon. 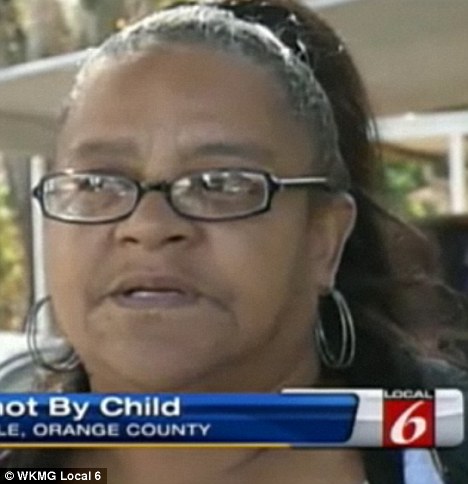 Heartbreak: The teenager's grandmother, Angela Jones, insists the gun did not belong to her grandson who is now on life support

She assured the Orlando paper: 'He is scared of guns. His mom didn't even let him play with guns when he was little. Not even water guns.'

The six-year-old boy, who was described as a special needs child by family members, allegedly picked up the gun and fired one shot before dropping the weapon and running from the room.

Ms Jones recalled how she had been at church when she received the devastating news.

No one has been charged for the incident but there were several adults at the Orange County home and it is still unclear who, if not Anthony Lane Jr, may have been responsible for bringing the gun into the house. 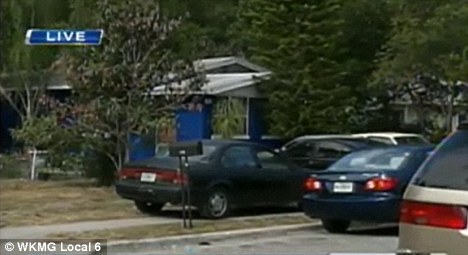 Fun gone wrong: The victim was playing video
games at a family friend's house in Eatonville, Fla. before what
detectives say was a tragic 'accident'