Kara Nichols missing since Oct. 9 was believed to be coming to Denver for work 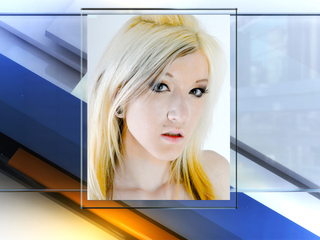 11/01/2012
COLORADO SPRINGS, Colo. - A woman from Colorado Springs was believed
to be headed to Denver for work in early October, but hasn't been heard
from since.
According to El Paso County Sheriff's Office spokesman
Sgt. Joe Roybal, Kara Nichols, 19, was last seen in Colorado Springs.
She was normally in regular contact with her family and friends and was
last seen on Oct. 9, but has not been heard from since Oct. 10.
Roybal said investigators are concerned her disappearance could be suspicious. They issued an alert for her on Thursday.
"We're
at the point of the investigation where we are looking for leads or
help for the community but we have been working on this case for some
time," said Roybal. "We're just asking if anybody has seen her, or if
she sees this herself, that she contacts us or her family to let us know
she is okay."
A page on ModelMayhem.com lists her as a model looking for work.
"I've done mostly lingerie shoots so far but I'm extremely open minded," her bio states.
On
Friday, Royball said she was last believed to be driving to Denver for a
modeling job, although she worked at a Colorado Springs restaurant.
Police are also talking to her co-workers there.
Nichols is described as white, 5 feet 8 inches tall, 120 pounds with blond hair and green eyes.
Anyone with information is asked to call Detective Cliff Porter at 719-520-7227.
http://www.thedenverchannel.com/news/local-news/kara-nichols-missing-since-oct-9-was-believed-to-be-coming-to-denver-for-work

The El Paso County Sheriff's Office in Colorado, however, said Kara Nichols didn't place it there and she remains missing. The 19-year-old is an aspiring model, and may have been lured into a subculture of illicit activity.

The picture of a 19-year-old aspiring model missing since October turned up on a Las Vegas-based escort website, but Colorado police heading the investigation now believe she never placed it.

“It was not Kara (Nichols) who created that ad and was using those pictures,” Lieutenant Jeff Kramer, of the El Paso County Sheriff’s Office, told the Daily News. “Whoever posted that ad used her picture, but it was someone who grabbed it from somewhere else online.”

Kramer said prostitutes routinely use other people’s photos online and misrepresent themselves to gain business. The picture of Nichols, a 5-foot-8 blond, has since been removed from the site, Kramer said Thursday.

The wannabe lingerie model was last seen by her parents in Colorado Springs going with two unidentified women to a modeling job in Denver.

Police were able to interview one of the women, but her name was not being released and further details were unavailable, according to Fox affiliate KXRM-TV in Colorado Springs.

Nichols had been active in social media, but her Facebook page went silent before the picture of her on the escort site turned up, Kramer said. Her phone has also been off since she disappeared, and she reportedly didn’t take her purse with her despite telling a roommate about her Denver plans.

Kramer said Las Vegas hasn’t been ruled out as a place she may have gone to.

Her disappearance, meanwhile, puts a spotlight on purported online modeling firms that seek to lure young women with promises of easy money and fame.

“They might be a front for some kind of legitimate modeling business, but there’s a subculture that involves illicit drugs, prostitution, etc. We’re hoping people who know that side come forward,” Kramer said.

Nichols was apparently naive to the scene, he added.

“She was a very ambitious young gal who aspired to be a model … and turned to the Internet to promote that dream,” Kramer said. “And now one of our concerns is that she may not have recognized the dangers.”

Two anti-human trafficking organizations have partnered together to help raise awareness on behalf of a few young women who have gone missing and who had created modeling profiles on the networking site ModelMayhem.com.

The National Women's Coalition Against Violence and Exploitation (NWCAVE) and All We Want Is Love organization announced their partnership last week and are now calling for a federal investigation, calling the website "a common denominator" and "a red flag" in the disappearances.

Raven Cassidy Furlong of Denver, 17, is the latest Colorado teen to go missing who had a modeling profile with the site. Last Tuesday, Raven's stepmother received an unnervingly short phone call the missing teen.

"Raven said she was safe, but that she was calling from someone else's phone and couldn't stay on the line and had to go," Lin Furlong told People Magazine. "I was relieved to hear her voice, but I'm terrified for her. She sounded scared and not like herself at all."

Missing 19-year-old Kara Nichols of Colorado Springs also had joined Model Mayhem and was last seen Oct. 9 before travelling to Denver for a modeling job.

"What causes us concern is that it is really uncharacteristic of her not to be in contact with her friends and family," Sgt. Joe Roybal told The Huffington Post in November.

“When you have a website that the Better Business Bureau rates with an ‘F’ in addition to numerous complaints, victims that lived to tell their stories and many missing women all with a profile on this same site, we believe a Federal Investigation is warranted,” said Michelle A. Bart, President and Co-founder of NWCAVE said in a news release. “We took these cases because the families felt hopeless and needed help being heard, we are praying someone report tips that can lead police to their daughters."

In an interview with The Huffington Post, Bart said that her organization finds the website particularly troubling because many of the photos appear to be very suggestive.

A third missing young woman from Colorado, Kelsie Schelling, 22, has sometimes been referenced as an aspiring model who may have had a profile on a modeling website called ExpertTalent.com, but investigators are saying that they don't believe her disappearance is linked to the website and believe she may be in Pueblo.

For Jillian Mourning the founder of All We Want Is Love-- Liberation of Victims Everywhere, partnering with NWCAVE on this is more personal.

When she was 19, Mourning connected with someone on Model Mayhem's website who wanted to be her manager and ended up becoming a victim of sex trafficking.

"He came into my room with three guys, and they [all] proceeded to rape me," said Mourning. "They took pictures of it, and would even show me pictures of things that I was doing, and videotaped the whole thing."

Now 25, Mourning's website,All We Want Is Love, works to educate youth about human trafficking and provides funding for survivors of trafficking.

“As many as 2.8 million children run away each year in the United States. Within 48 hours of hitting the streets one-third of these children are lured or recruited into the underground world of prostitution and pornography," Mourning said.

What these families don't want is for these young women's disappearances to become cold cases, Bart says.

“All of these girls are someone’s daughter, niece, sister, granddaughter and deserve to be looked for and their cases investigated no matter if they are a runaway or not. Most runaways in the 21st century are not running from anyone, they are running to someone. Being lured away, especially if underage, is a crime and we must intervene immediately once they go missing, waiting and constant delays result in cold cases and years of uncertainty, none of us want that.”

If you're out there somewhere, we want you to know that we love you and miss you very much. It’s so awful having you missing and not knowing if you’re suffering or even alive. No matter where you are or what has happened to you, we will never stop looking for you and praying that you come back to us safely. Our deepest wish is to find out if you're okay.

Whatever has happened, there is a way out and a way forward. You can rebuild your life and start anew. You are a beautiful person with so much talent and potential. The person you are, whom your family knows and loves, is so valuable and deserves the best for her life's journey.

The grief we all feel is immeasurable, and the hope and prayers for your safety are all we think about. Please, even if you can’t contact us, if someone you know can tell us you’re all right, we would be so grateful.

As of Monday evening, The Huffington Post's calls to Model Mayhem have not been returned.

Anyone with any information about the disappearance of Raven Cassidy Furlong or Kara Nichols is being asked to email TIPS@nwcave.org. For Kelsie Schelling, call Detective Neal Robertson of the Pueblo County Sheriffs at (719)-553-2470

Kara Nichols, 19, Raven Cassidy Furlong, 17 and Kelsie Schelling, 22 all vanished within months of one another from the Denver area and now investigators are looking at a possible connection with online modeling sites.

Kara Nichols vanished on October 9 after she told roommates she was traveling to Denver to model.

Raven Cassidy Furlong was reported missing February 5 from Aurora, Colorado, a suburb of Denver. Her mother told HLN affiliate KRDO she received a frantic phone call from her daughter but she quickly hung up.

Kelsie Schelling was last seen on February 4. Cops found her empty car in the town where her boyfriend lives but don’t have any clues on where she may be.

And now, our HLN affiliate reports all three had online modeling portfolios at the time they disappeared.

Are these modeling websites the key to finding Kara, Raven and Kelsie?

We’ll have the very latest on all these stories, don’t miss Jane Velez-Mitchell weeknights at 7pm.