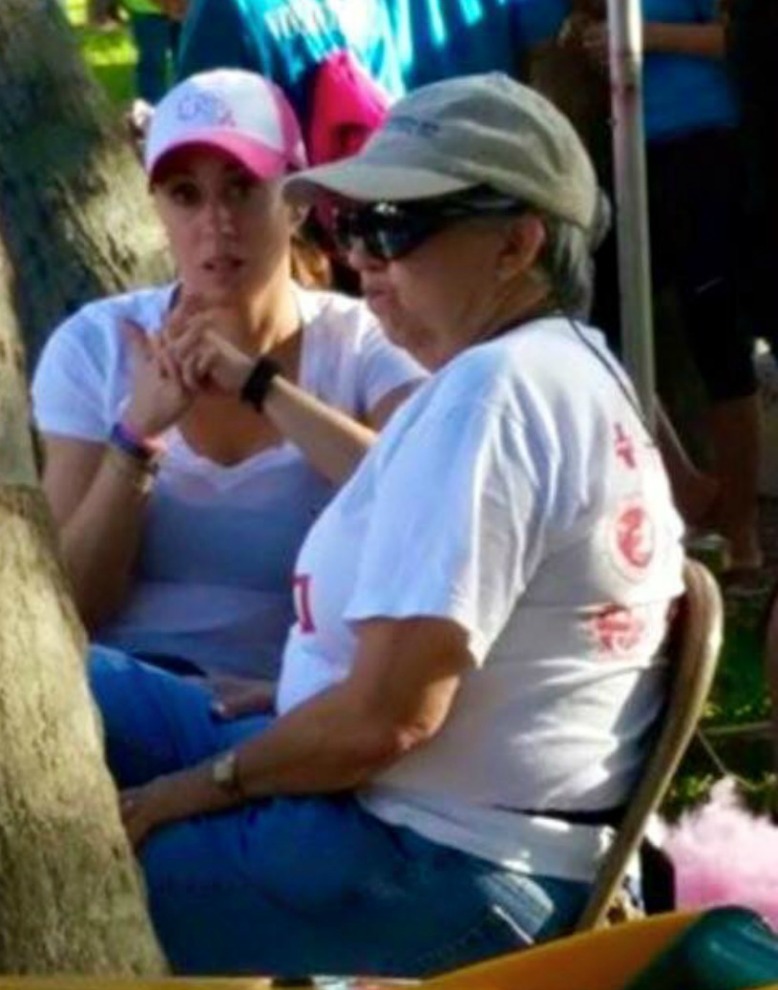 If that’s not Casey Anthony at a volunteers’ table at the Women for Women 5K Saturday at Bryant Park in Lake Worth, it’s the best body double ever! (Courtesy KVJ Show)

WEST PALM BEACH — As a new picture of someone believed to be Casey Anthony at an event in Lake Worth popped up on social media Saturday, Gossip Extra has discovered that Anthony has become officially a resident of West Palm Beach!

According to state records, the woman who was found not guilty of killing her two-year-old child obtained a new driver’s license recently in which she declared that her permanent address is in a 2,000-square-foot house on Cortez Road, in the Toledo neighborhood on the south side of West Palm Beach.

The 29-year-old mother of little Caylee Anthony, who died from a violent death in Orlando in 2008, appears on a new photo posted on Twitter by someone who attended Saturday’s Women for Women 5 K foot race at Bryant Park in Lake Worth.

The photo was sent by a runner to the KVJ Show, a popular morning radio program on WRMF-97.9 FM.

Anthony’s behavior as authorities looked for Caylee for five months caused her arrest and murder trial. Anthony lied to police several time as volunteers searched woods and swamps throughout Orlando. The child’s decomposing body was eventually discovered on vacant land. She may have been suffocated.