Rene Anthony Garcia, 46, appeared in 214th District Judge Jose Longoria's court Tuesday where his chargers were upgraded to murder. Garcia was arrested Sept. 3 after Corpus Christi police responded to a call about 3:45 p.m. for an unresponsive infant in the 4900 block of High Meadow Drive on the city's Southside.

The parents were attempting CPR on the baby when officers arrived, according to a police news release Thursday. The baby had been on life support at Driscoll Children's Hospital.

Garcia was at Nueces County Jail when the warrant was served and his bail is set at $350,000, police said. 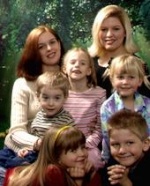