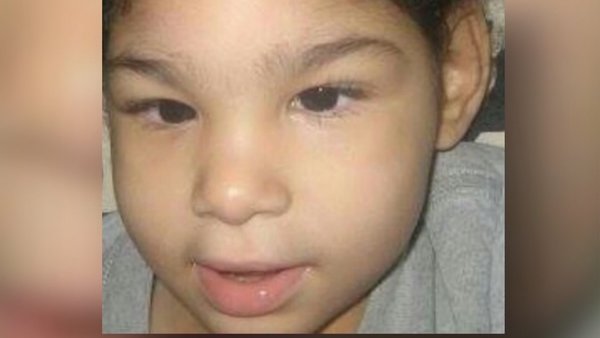 HOUSTON – Investigators say a 9-year-old girl who was found inside a refrigerator on Monday had been dead since January and weighed just 14 pounds.

A neighbor called police to the Happy Home Apartments located in the 10100 block of Club Creek after the victim’s 5-year-old sister found her body wrapped in a blanket and stuffed in a refrigerator drawer.

Family members said the victim had cerebral palsy, needed a wheelchair to get around and was bottle fed.

Her mother Amber Keys told police that one night in January Ayahana just stopped breathing. Keys said she performed CPR, but it was too late.

Police said Keys told them she didn’t know what to do with her daughter’s body. Keys turned herself in to police on Tuesday. She is not facing any charges right now.

“We don’t know what to say to y’all, this is horrible, it’s really horrible,” said Linda Stevens, the victim’s aunt.

“It’s devastating to everyone. We loved her. All loved her,” said Kathi Combs, the victim’s grandmother.

Now the family is trying to get custody of their only surviving niece.

A makeshift vigil has been made outside the apartment.

HOUSTON -- Troubling new details have emerged in the case of the girl whose mother allegedly wrapped her dead child's body in a blanket and stuffed it into a refrigerator drawer.

Child Protective Services officials said Amber Keyes, the girl's mother, lost custody of another child more than a decade ago. CPS authorities said that after they investigated suspicions that the 18-month-old had suffered physical abuse in 2002, the child was placed in foster care.

"The parental rights were terminated, which means mom was not able to do the things that were asked of her," said Gwen Carter, a CPS spokesperson. "That child was adopted."

Keyes later gave birth to two other children. Authorities said the youngest, a 5-year-old girl, this week discovered her 9-year-old sister's corpse in the family's refrigerator. The body of Ayahana Comb, who had cerebral palsy and used a wheelchair, weighed only 17 pounds.

A neighbor called police to the Happy Home Apartments in the 10100 block of Club Creek after the sister's gruesome discovery. After the mother turned herself in to police on Tuesday, she told investigators her daughter simply stopped breathing one night in January and she didn't know what to do with her body.

Despite Keyes' disturbing history, Child Protective Services said they couldn't have investigated her again unless someone had complained about her abusing one of her younger children.

No charges have been filed in the case. Some of the dead girl's relatives are trying to gain custody of the surviving sister who discovered the body.

This is so disheartening and soooo disgusting.

14 pounds means she was only bones, no flesh, no fat.

Dear God, how can people be so evil?

The POS can breed but has no moral imperative to take care of her babies.

Excuse me I must find a barf bag.