LOUISBURG, N.C. (AP) — Authorities say the body of a newborn baby was found buried in a yard in North Carolina.

Sheriff Jerry Jones said deputies responding to a tip went to a home near the town of Louisburg on Sunday evening and asked to speak to a teenage girl they believed to be the mother. Jones said they left when told the girl was not home.

The sheriff said the girl's father later called the deputies and asked them to return. When they did, they were directed to a shallow grave where the 8½-pound baby girl was found in a bag.

Jones said the state medical examiner's office determined the baby had been born healthy. It was not clear how or when she died.

Jones said the teenage girl is hospitalized, and no charges have been filed pending further investigation.

LOUISBURG A newborn baby found in a shallow grave last month appears to have died from blood loss, and authorities have not determined yet whether anyone will be charged with a crime in her death, according to the Franklin County Sheriff’s Office.

Preliminary autopsy results showed that someone may have cut the umbilical cord too close to the baby girl, then failed to stop the infant’s bleeding, according to Sheriff Jerry Jones.

Jones suspects the baby was born to a 16-year-old mother in a suburban home on June 29. The suspected father is 18 years old, Jones said. Their names have not been made public.

The case is now in the hands of the district attorney.

“I agree it could have been an accident,” Jones said, “but … she had ample time to do some type of planning to prevent this – plan a way to give the child up, to keep this from happening.”

The infant girl apparently was born healthy at 8.5 pounds and 30 inches, he said.

The district attorney’s office “is studying some case history. They are now in direct contact with the medical examiner’s office,” Jones said. “Nothing has come together as quick as we thought it was.”

The district attorney’s office may be waiting for a final medical examiner’s report, he said.

Sheriff’s deputies discovered the newborn girl buried in a bag on a Sunday night, according to Jones.

A person who had heard “third-hand” about the baby’s birth alerted Louisburg police about 7:30 p.m. that day, Jones said. The person told police he had heard that an acquaintance had received a text message about a concealed birth, according to Jones.

The police contacted sheriff’s deputies, who followed the tip to a home in a subdivision, where they’d been told they might find a teenager who had given birth recently.

Deputies didn’t find the 16-year-old girl, and her father told them it seemed to be a “sick prank,” Jones said. The deputies left the house and asked a series of other people about the case over the next several hours.

“He said he put a lot of thought into what we said and he had found what we were looking for,” Jones said.

The man had found one of his yard tools and a freshly tilled patch in the yard beside his house, Jones said.

Ashley Marie Reed, 16, turned herself in to authorities Tuesday after authorities say the body of her 8.5-pound baby girl was discovered buried in a grocery bag outside her Franklin County house late last month. 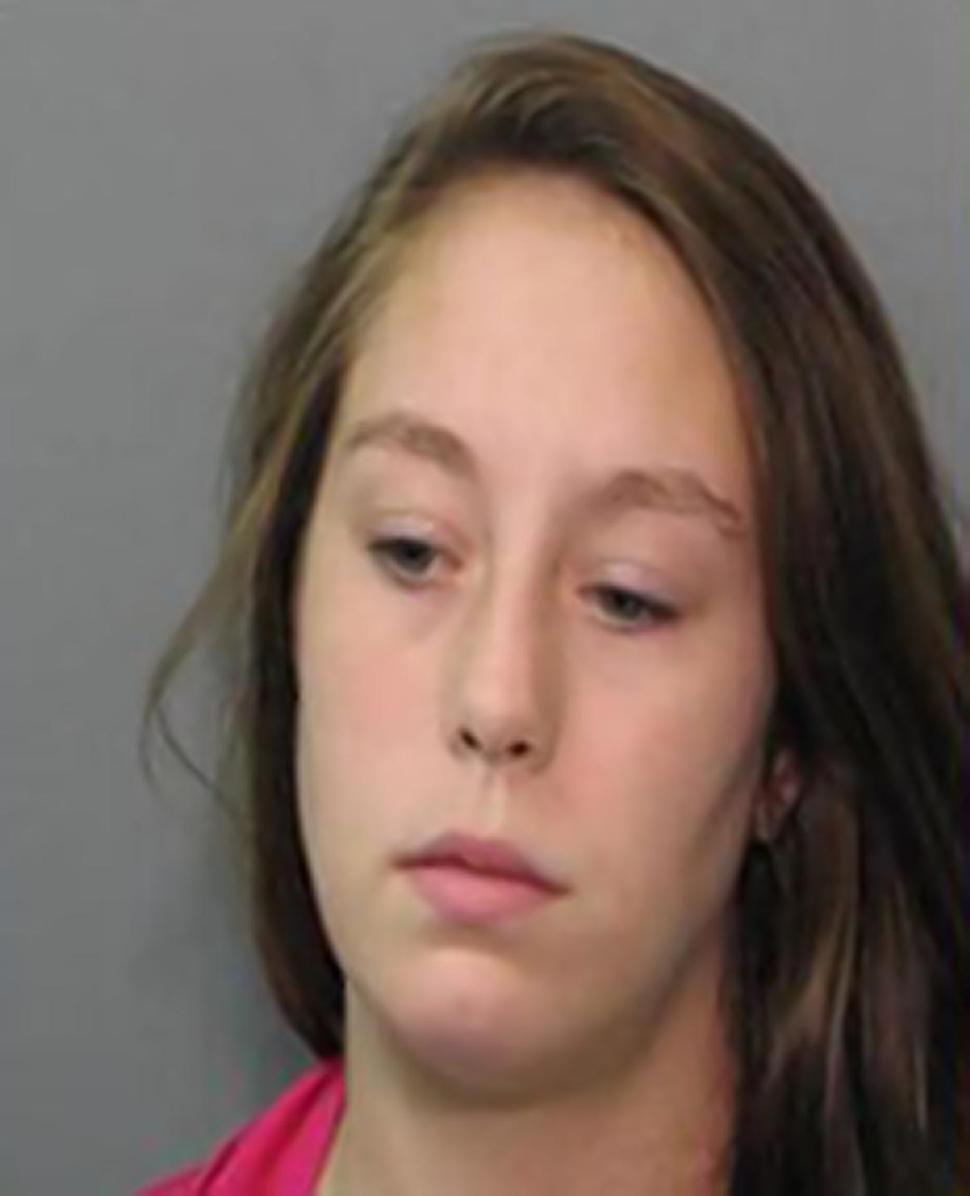 A 16-year-old girl has been arrested after allegedly burying the body of her newborn child in her North Carolina backyard.

Ashley Marie Reed, who kept her pregnancy a secret, turned herself in to authorities Tuesday after they say the body of her 8.5-pound baby girl was discovered buried in a grocery bag outside her Franklin County house.

The teen was charged with conceal/failure to report death, a felony, before being released on $50,000 bond.

Deputies say Reed had managed to hide her pregnancy between herself and her boyfriend, 18-year-old Aaron Davis, before giving birth late last month.

WRAL Reed had managed to hide her pregnancy between herself and her boyfriend, 18-year-old Aaron Davis (pictured) before giving birth. Davis said he wasn't there when she gave birth but got a text from her.

After the infant's body was recovered on June 29, a preliminary autopsy report determined that the newborn, since named Emma Marie by the young couple, likely bled to death after its umbilical cord was cut too close.

Davis said he got a text from her announcing that her water had broken. They planned to meet up at a church.

Before that could happen, however, he said Reed texted again, announcing that their baby didn’t make it.

WRAL Davis, seen sitting beside his mother, said that he encouraged Reed to tell someone about her pregnancy but she refused. The first and last time he saw his daughter was at a funeral home.

"The last couple months, I kept trying to tell her to tell somebody," Davis told WRAL about their growing secret.

Sadly, the first time Davis saw his daughter ended up also being the last when he attended the baby's funeral, nearly three-weeks after she was born, ABC11 reported.

"There are a lot of other options, better than this one," he said while sitting beside his mother who described herself as also shaken by the news.

Reed is scheduled to make her first court appearance on July 29.

Leaving this here because we don't yet know the cause of death or if there will be other charges related to the death.