The Federal Bureau of Investigation said Tuesday that the agency is working
with their Mexican counterparts and authorities in Laredo to locate
five missing people who left San Marcos for Laredo around Thanksgiving
and haven't been heard from since.

The wives and sisters of four of the missing men spoke Tuesday night about
the nightmare they’ve been living since Thanksgiving weekend.

“She says that it's kind of like the dirt just ate them, taking them from
the ground, that they've all disappeared, five people,” said Carmen
Ortega, through an interpreter.

At least two of the men are legal citizens.  The status of the other three isn’t known at this time.

On Nov. 27, Luis Hernandez, Carlos Ortega, Nicolas Munoz, Ricardo Gomez
and 14-year old Giovanni Gomez left San Marcos for Laredo. Family
members say they went there to straighten out the title to a truck they
were either buying or selling.

The men told their families they were going into Mexico, specifically Nuevo
Laredo, to do some shopping and would be back in San Marcos that
night. No one has heard from any of the men since.

“We're treating this as a missing persons case but it's just a few degrees
over for it to turn into a bonafide kidnapping,” said Special Agent Erik
Vasquez with the FBI's San Antonio office.

The young man in the group, 14-year old Giovanni Gomez, is from Chicago and
had arrived in San Marcos one day before he accompanied his uncles to Laredo.

The men were last seen in a dark green 2003 Chevrolet Suburban.

Anyone with information on their whereabouts is encouraged to call the FBI in San Antonio at (210) 225-6741.

SAN MARCOS — FBI officials are
continuing to search for four men from San Marcos and one teenager from
Chicago who disappeared in Mexico in November.Special Agent Erik
Vasys with the FBI's San Antonio office said investigators are treating
the disappearance of Luis Hernandez, Carlos Ortega, Nicolas Munoz,
Ricardo Gomez and 14-year-old Giovanni Gomez as a missing persons case.Vasys
said the four men work for a concrete manufacturer in San Marcos, and
the 14-year-old is one of their relatives who was visiting from Chicago.Vasys
said that they traveled to Laredo on Nov. 27 to pick up a vehicle
related to their business and then decided to cross the border into
Mexico to do some shopping.They were supposed to come home that evening but did not return, and FBI officials have been investigating since Nov. 30."There
has been no indication of an act of violence, but it's not a far leap
of the imagination to think that something of a violent nature could
have taken place," Vasys said.One of the missing men is a U.S.
citizen, one is a resident alien, and the immigration status of the
other three is unknown, Vasys said.Vasys said the FBI advises
anyone thinking of traveling to Mexico to be aware of the risks by
checking with the Texas Department of Public Safety or the U.S. State
Department.Anyone with information about the case is asked to call the FBI at 210-225-6741.
http://www.statesman.com/news/local/fbi-continues-search-for-missing-san-marcos-men-1141296.html

Family Fears Group May Have Been Kidnapped In Mexico

SAN MARCOS, Texas -- The
last time Belen Hernandez heard from her husband, Luis, he was about to
cross the border into Nuevo Laredo with three other men and his
14-year-old nephew. That was just before noon on Nov. 27.

Hernandez said the group was headed across the border to do some
shopping, but expected to return home to San Marcos that night. She said
there has been no word from them since."We don't know what
happened," said Hernandez, in Spanish. "We think they've been kidnapped,
but no one has called us to ask for money, and we don't know where they
have them."The Hays County Sheriff's Office is currently
handling the disappearance as a missing persons case. Leroy Opiela, a
spokesman for the Sheriff's Office, said paperwork shows the men crossed
the border, but their whereabouts are unknown. Opiela said the FBI is
also looking into the case.Two of the missing men, Luis Hernandez
and Nicolas Munoz, work at Heldenfels Enterprises, a concrete plant in
San Marcos. Monica Garza, the company's human resources officer, said
Hernandez is a supervisor, who has been employed there for about 15
years, and is a U.S. citizen.She said Munoz is a permanent resident of the United States.Carmen
Ortega, whose husband, Carlos, is among the missing, said Mexican
authorities have not been helpful. She said all the men in the group,
including her husband, were in the United States legally, and
14-year-old Giovanni Gomez is a U.S. citizen. She identified the other
missing man as Ricardo Gomez, Giovanni's uncle."The hardest thing
right now is to live with the anguish of not knowing what could have
happened to them, if they're alive or not," said Ortega.Garza,
who said she has been in contact with the FBI, said agents told her they
tried to track the missing men's cell phones, but found no recent
activity.Garza also said agents indicated Mexican authorities were not cooperating with their investigation.

The families of four San Marcos
men and a boy who disappeared in Mexico last month still have no answers
as FBI officials continue to investigate the missing persons’ case. 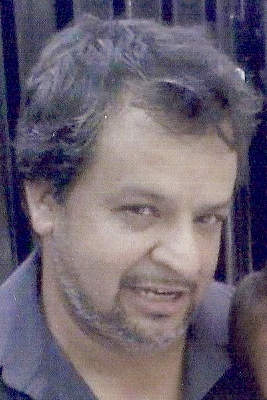 Luis Manuel Hernandez, 36; Carlos
Ortega, 48; Nicolas Munoz, 32; Ricardo Gomez, 44; and 14-year-old Xovane
Gomez have been missing since Nov. 27 when they traveled to Laredo to
pick up paperwork on a vehicle.
Two of the men work for Heldenfels
Enterprises, Inc., a San Marcos-based concrete company, who notified
authorities Nov. 30 of their disappearance. Hernandez, who has worked at
the company for 12 years, is a supervisor, and Munoz has been a general
laborer for three years. Ortega’s wife also works at the company,
officials said. Contrary to published reports, however, the group was
not traveling to Laredo on behalf of the company, Vasys said.

“They traveled to Laredo to pick
up some paperwork on a personal vehicle, not a company vehicle,” said
Special Agent Erik Vasys, of the San Antonio FBI office. “From our
understanding, they had some extra time and crossed the border to do
some shopping.” 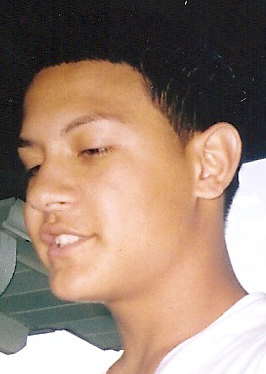 Frank Hernandez, the son of Luis
Hernandez, said that his father called after he crossed the Mexican
border into Nuevo Laredo around noon that day and said that they would
return to San Marcos by that evening.
“That was the last thing we heard from him,” Frank told the San Marcos Mercury on Monday.
It’s been a tough time for the
families involved as the missing men are the main income earners for
their respective households, he said.
Frank said that his cousin Xovane Gomez recently moved to San Marcos from Chicago to start school in January.
“There are a lot of concerns,” he said. “There are a lot of things going through our heads right now.”

FBI officials say that they are
working closely with Mexican authorities to solve the case. Two of the
men are U.S. citizens while the others are resident aliens, Vasys said.
“We are working on some leads; however, we can’t go into detail on them,” Vasys said Monday.

Vasys said that authorities know
that the men crossed the Mexican border but wouldn’t say how. Frank said
that the families heard that there is video footage of their vehicle
crossing the border.
Authorities are still unsure if
foul play or a kidnapping is behind the disappearance. FBI officials
have not received any ransom demands, Vasys said.

“We deal with kidnappings on a
regular basis; this happens far too often,” Vasys said. “We are
concerned for their security because of the conditions in Mexico.”
Frank said that his family will rely on their strength to get by.

“It’s part of life. Our family is
really based on strength,” he said. “Whatever happens we have to be
strong and keep on moving.”
The men were last seen driving a
2003 green Suburban Chevrolet with Texas license plate AD98575, Vasys
said. FBI officials are asking anyone with information to call the FBI’s
San Antonio office at (210) 225-6741.

According to a U.S. State
Department travel warning for Mexico, criminals appear to especially
target SUVs and full-size pick-up trucks for theft and car-jacking
crimes.
Since 2006, roughly 22,700 people
have been killed in narcotics-related violence in Mexico. Many of those
killed have been members of drug trafficking operations; however,
innocent bystanders have been killed in shootouts between traffickers
and Mexican law enforcement or between rival traffickers, the travel
warning also stated.
The state department suggests U.S.
citizens understand the risks of traveling to Mexico and to use
common-sense precautions such as visiting only legitimate business and
tourist areas during daylight hours, and avoiding areas where criminal
activity might occur.